IRC PRE-CONGRESS TOUR – THE RANGELANDS ON THE CANADIAN PRAIRIES

(From the Range Management Newsletter 16/2)

Along with about 25 others, including several Australians and people from five other nations, we spent 7 days on a pre-International Rangeland Congress tour in the Provinces of Saskatchewan and Alberta.  The tour took us across the south western Canadian Prairies into the Rocky Mountains at Banff and back to Saskatoon.

Our tour leaders were Kerry LaForge and Nadia Mori, who are rangeland scientists with AgCanada and the Saskatchewan Government respectively.  Their organisation of the tour was excellent.  As well as keeping us well informed with many interesting visits to ranches, research sites, First Nations’ heritage areas, and national parks in the Rockies and the prairies, they also kept us well fed with lollies, muesli bars and such-like, and entertained with songs and quizzes while we travelled across the magnificent landscape.  We had some long and busy days – we reasoned that Canadians jam as much as possible into the long warm days of their short summers!

And now to the landscape.  Don had always understood the prairies to be flat and devoted solely to wheat growing, about which he learned in primary school!  However, the prairies, which have been largely created by glacial action, are quite undulating in many places, plateaued in other areas, with seasonal and permanent streams flowing either towards Hudson bay in the north, or to the Mississippi catchment in the south.  There are also some very hilly areas that the glaciers did not ravage.  Across the undulating plains, there are a lot of small drainage sumps, and one peculiar up and down landscape is called ‘knob and kettle’ country!  Overall, it is a highly variable and fascinating landscape, which was very enjoyable to view.

The climate is cold (it is Canada!) and dryish.  The growing season – as in frost free days – is about 150 days and annual precipitation (part snow and part rain) varies from 250 to 400 mm.  Summer temperatures are 20 to 25c, with winter temperatures as low as -40c, but more usually -15 to -20c.  Wind speeds across the prairies can be very high.  This year, it was a dry winter (i.e. less snow) and spring, and so all of the ranchers we met were welcoming the wet June and July.  This meant that although we were standing around in green feed, the ranchers suggested there was less forage than there should have been, albeit that it would normally be haying-off by now.

About one third of the landscape supports native grassland, with the remainder either used for growing sown or ‘tame’ pastures, or annual crops – wheat, barley, canola and flax – all of which looked magnificent.  The ranches – nearly all beef cattle – are not large by Australian standards; with the ones we visited being between 3,000 and 10,000 ha in size, with size appearing to be correlated to the degree of aridity.  Thus on the properties we visited, stocking rates varied between one beast per 4 and 16 ha on a year round-basis.  The land tenure is interesting, with all properties having an area of deeded (i.e. freehold) land with the remainder held as grazing permits (leasehold land).  The permits (leases) are 10 or 20 years of duration, with roll-over provided that an inspection by a government rangeland ecologist about a year or two before that time shows the land is being managed well.  We did not hear of many, if any permits not being rolled over.

Back to the animal husbandry and economics.  We met some great folk on the ranches we visited – they were welcoming and very friendly and pleased to be able to show us their land and animals.  Most of the ranches maintain cow-calf herds, with cows calving in the late winter snows, and the calves being weaned and sold before the start of the next winter.  The calves then go onto back-grounding operations elsewhere in the country for the winter before going into feedlots for finishing when they are about 12 months old.  The ranches we visited were all multi-generation family businesses typically running about 800 to 1,000 cows.  We were told that a single family could be viable with about 300 cows.  It was not easy to discern the economics, except it seems that the prices received per live kg for the calves is higher than we would expect in Australia. Further, some areas of the prairies in Alberta have many gas and oil wells (as in 100 wells on the 5,000 ha of the University of Alberta’s Research Ranch) and it seems that the income in the form of compensation for the inconvenience caused by these networks can be considerable for those in that situation. 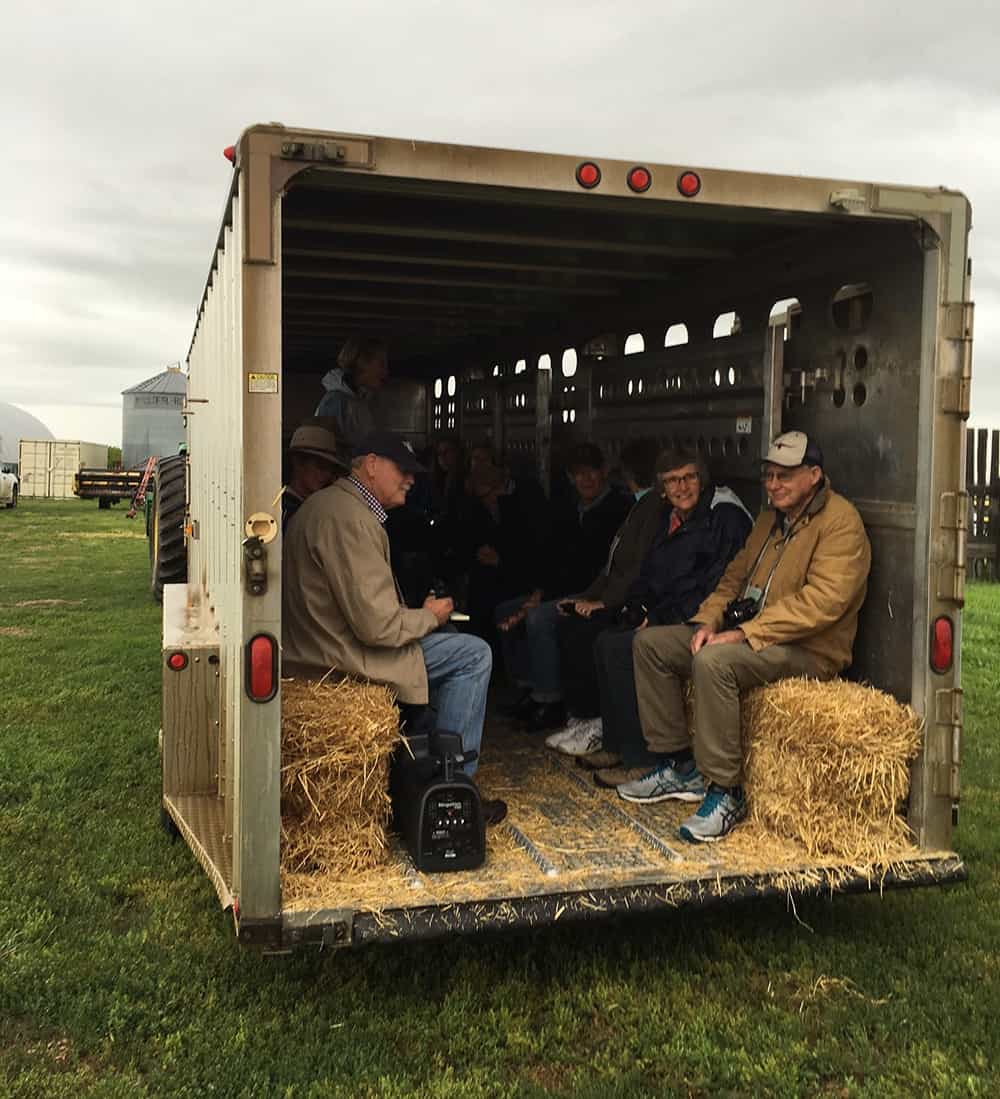 Photo 1:  Graeme and June Tupper and Bob Shepherd in a stock trailer

The cattle are fussed over closely – mainly it seems by people on horseback, with border collie dogs.  Daily checks are made of the herd during calving, with close attention at other times to identify and treat sick animals.  As result of this close supervision, calving percentages are about as high as they can be, and losses of animals very low.  The horse culture is very strong, and the people are very proud of their heritage and skills and their ability to cope with a tough environment.  Beef cattle, with the possible exception of calving cows, are out in the elements all year, although even calving cows are now outside all year to save costs.  Hay and silage making to provide winter forage is an important activity, and trees are often planted to provide shelter from the winds.  All of the ranches we visited operated some form of rotational grazing, varying from season-long rests to short duration grazing with the animals controlled with temporary electric fences. 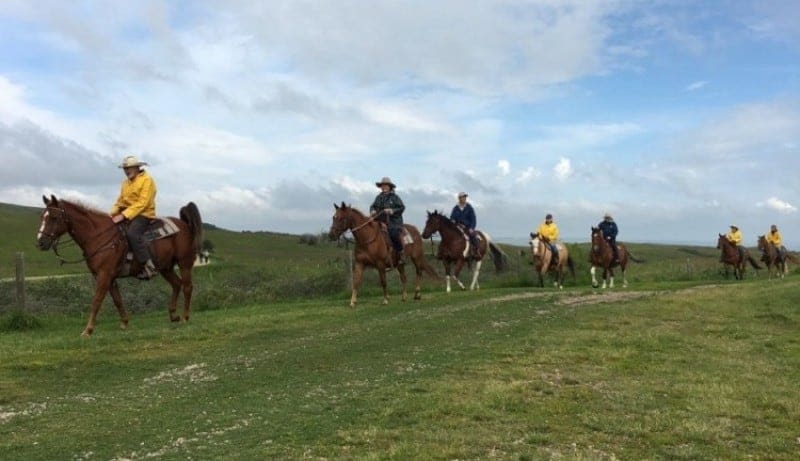 The ranchers we met were all very pasture focused, with care being taken to conserve ground cover and litter, being regarded as important indicators of range health, both in native and ‘tame’ pastures.  The ‘take half-leave half’ rule was referred to by both ranchers and extension people.  However, knowledge of individual grass species and their role in the native pasture system was less evident.  Conversely, interest in the native prairie species amongst the scientific and extension staff of AgCanada and the provincial Departments of Agriculture is growing.  Whereas once the main interest was in determining what species could be introduced into the prairies, there is now a growing research and extension program into understanding the ecology of the native grasslands and the benefits that can be delivered both for cattle production and wildlife conservation. 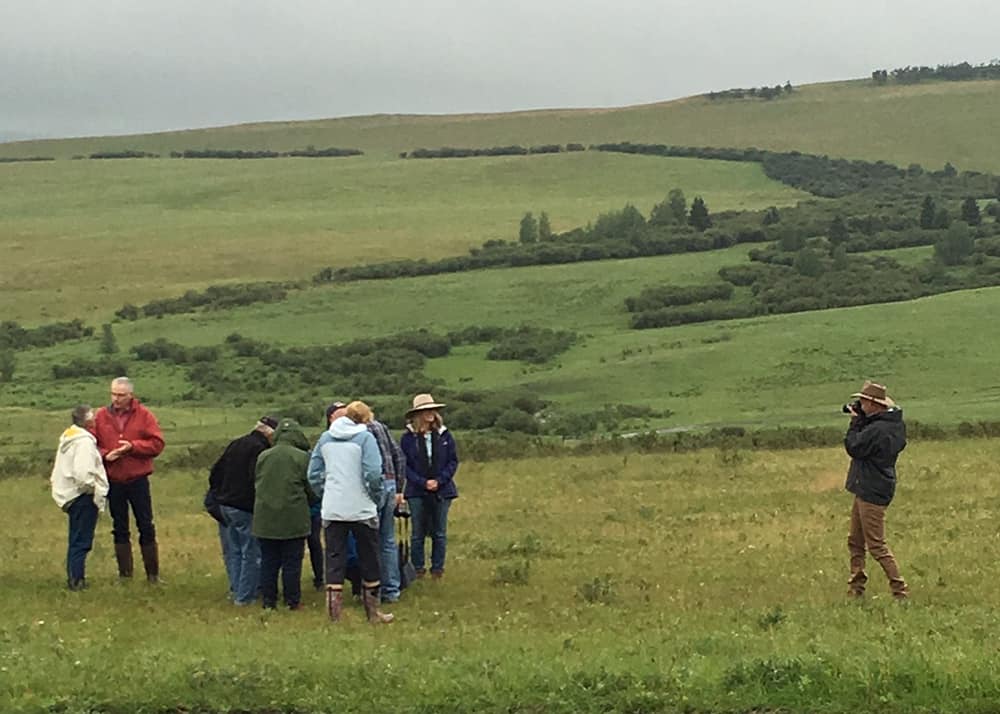 There were some land use features that were quite new to us Australians.  Areas of poorer quality land that had been devastated by inappropriate cultivation and excessive grazing in the 1920s and 30s are now held as ‘Community Pastures’ under the management of provincial governments.  Nearby ranchers can become ‘patrons’ of these areas by paying to graze (as in agisting) modest numbers of cattle (60 to 100 per rancher) on these areas for periods of time.  While they are on the Community Pastures, they are in the care of managers paid to look after the improvements and the patrons’ herds.  The Community Pastures were well managed with patrons’ lease payments covering all running costs.  The system is changing, as the government is transitioning responsibility for these Community Pastures back to the patrons entirely. 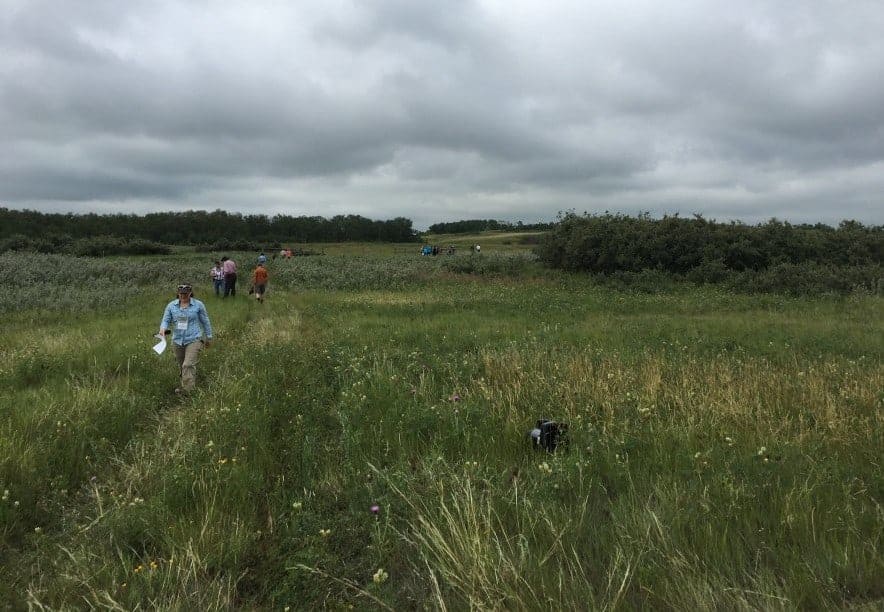 Photo 4:  A Community Pasture in Saskatchewan

Another large area in eastern Alberta called the ‘Alberta Special Areas’ was also devastated in the 1930s and although cessation of cropping and ‘ranch reconstruction’ has occurred on this large area (about 2.1 million ha), it is still managed as a discrete area by a Special Areas Authority under a provincial Act.

The extent of irrigation was another eye-opener on the Canadian prairies; however, even with large watercourses such as the North and South Saskatchewan Rivers fed by snow and glacial melt water from the Rocky Mountains, over-allocation is an issue.  The conversion from surface to overhead irrigation systems supported by incentive programs has allowed for a continued expansion in the area irrigated since a 2006 cap on water allocations.

Outside of ranching, we learnt a lot about the pre-European history when the bison and First Nations dominated the landscape and land use, and speculated on how these peoples managed the land, the bison (which provided for virtually all their needs) and pastures.  We also marvelled at the quality of their art and culture.  We were also impressed by the interest in wildlife management by all those we met, although one rancher suggested that it cost him about $10,000 a year in terms of the forage taken by the deer and elk he had on his property.  He claimed that greater recreational activity (hunting & ATVs) on adjoining public lands was encouraging the movement of native animals onto his ranch for some respite.  This raised the issue of the importance of the prairies in providing environmental services in terms of wildlife, water and carbon storage.  How these items can be quantified and the providers of these services rewarded was discussed during our tour and later in the Congress itself. 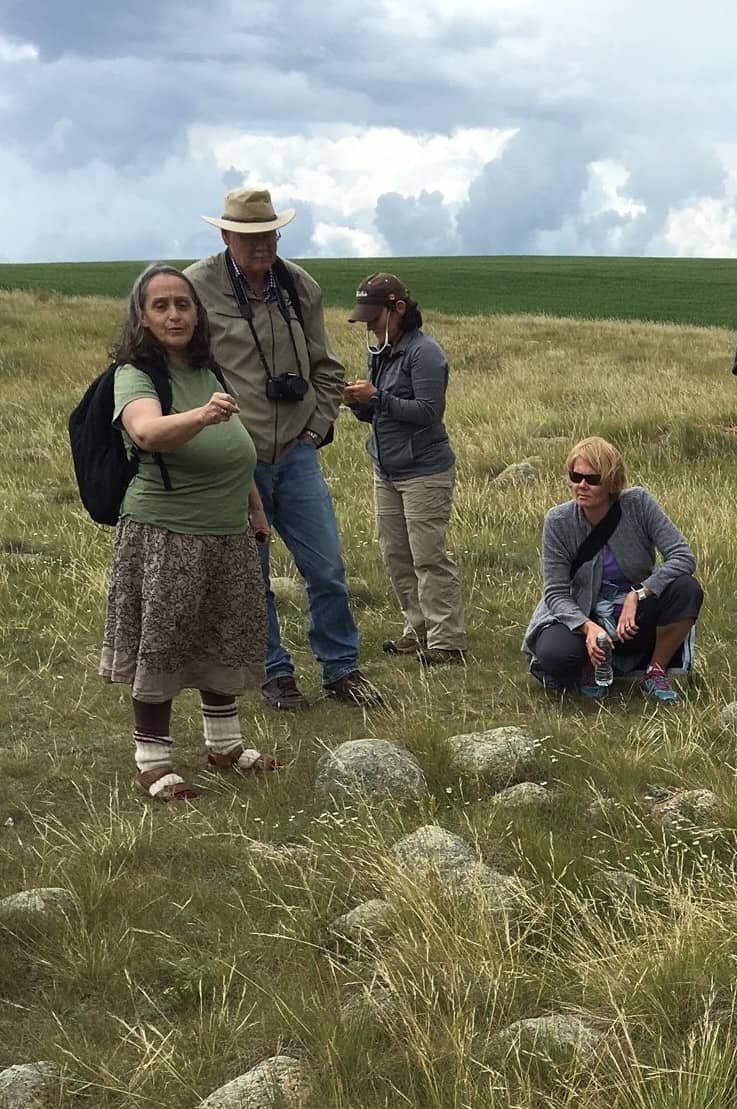 In summary, a wonderful experience, and thanks to our tour leaders Kerry and Nadia for an excellent tour of a great land occupied by fine people.