(From the Range Management Newsletter 15/2)

On April 11 2015, David Wilcox AM died and thus we lost one of the giants of rangeland science and management in Australia, and a pivotal figure in the history and life of the Australian Rangeland Society.  David’s career in the rangelands commenced in the early 1950s in the Murchison region of WA, and really it never ended.  He continued to facilitate discussions regarding issues he saw as important in the rangelands until the month before his death.  He was active, passionate and involved right up until his untimely passing.

David grew up in Perth, and attended the University of WA, graduating in agriculture with first class honours in 1952.  He undertook post-graduate studies over the next few years in the Murchison, which developed his interest in the ecology of the shrublands and grasslands in that area.  He was the first professional scientist to be based in the southern half of the WA pastoral areas, moving to the small community of Wiluna (population 200) in 1956 as an officer of the WA Department of Agriculture.  His brief was simple – ‘find out how the system of sheep and cattle grazing native vegetation works, and advise the pastoral community and government’.  This was his primary focus for the next 30 years in the Department of Agriculture.

David developed into an outstanding scientist in arid land ecology and management.  He had a great gift of combining astute observation, careful recording and interpretation, and excellence in verbal and written communication.  He quickly developed good working relationships with pastoralists and with other research agencies such as CSIRO.  His contributions to rangeland science and management earned him international recognition, and his work took him to Pakistan, Bangladesh, Kenya, Syria, Somalia and Sudan for the World Health Organisation, the Food and Agriculture Organisation, and the World Bank.

David’s 1972 report on and mapping of the Gascoyne River Catchment led to a Department of Agriculture and Department of Lands program which resulted in all 900,000 square kilometres of pastoral land being now mapped in land systems with descriptions of the landforms, soils and vegetation along with recommendations for their use and management.  This is a ‘world’s best’ resource for future managers of this natural resource.  David and his staff tackled the challenge of detecting trends in the WA rangelands with a combination of scientific and practical tools, and the Western Australian Range Monitoring System which evolved from this work is arguably the best system of its type in Australia.

The culmination of his career in the Department of Agriculture was his time between 1982 and 1986 as the Principal Adviser of the Department’s Rangeland Management Branch.  In later years, he promoted the application of rangeland management among the mining companies as they assumed responsibility for the management of increasing areas of the Australian rangelands.  For several years he was a member of the Pastoral Boards of Western Australia and the Northern Territory. 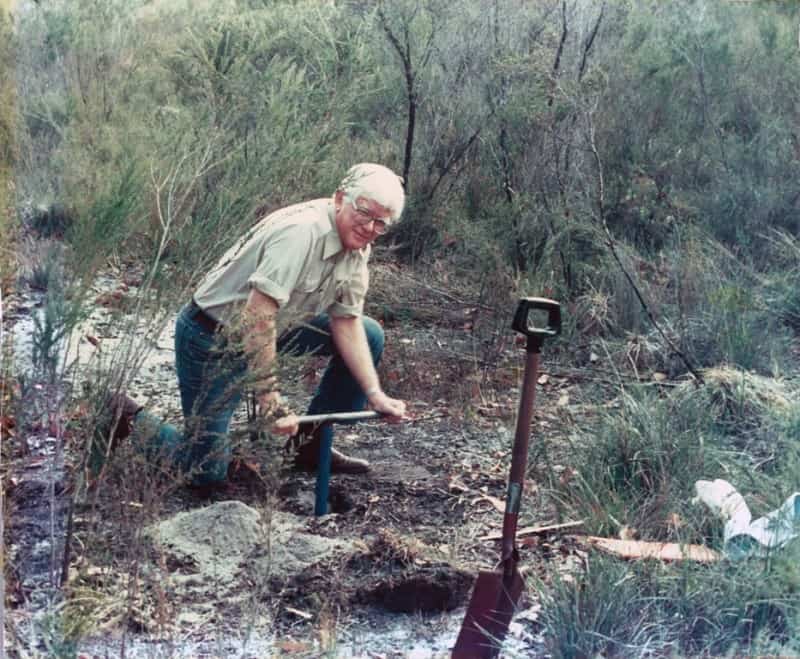 David was a brilliant mentor and nurturer of young professional scientists and pastoralists.  He encouraged many of his staff to become familiar with the scientific literature, to complete higher degrees, and to publish their research work in quality journals.  David cared deeply about the people who worked with and for him, many of whom were located in remote small communities, experiencing professional isolation and personal challenges.  Many of these people refer to how he mentored and supported them through difficult times, and encouraged their professional and personal development.

With colleagues around Australia, David recognised the need for a professional society to progress and support rangeland management in Australia.  On 30 December 1974, David and six others (Ray Perry, Justin Murphy, Malcolm Howes, Robert Rummery, Alan Payne and Graham Arnold) signed the application to establish the Society, with its first object being ‘to promote the advancement of the science and art of using Australia’s rangeland resources for all purposes commensurate with their continued productivity and stability’.  In 1975, he became the Inaugural President of the Australian Rangeland Society.   Many of the processes, activities and traditions of the ARS date from the time of David’s leadership – such as the publication of a refereed journal, distribution of the Range Management Newsletter, and the well-attended biennial conferences held in rangeland locations.

After this term of office, David continued his involvement in the Society with his home being the registered office of the ARS, and through attendances at conferences.  He was a member of the Organising Committee for the Second IRC in Adelaide in 1984, and he took a leading role in the design and delivery of the 2002 ARS Biennial Conference in Kalgoorlie.  David had a second term as President of the Society in the 2000s, and attended the 2004 Alice Springs Conference in that role.  Finally, he was appointed as a Fellow of the Society.

David’s contributions to rangeland science and management, public administration, local government and community have been recognised.  He was made a Member of the General Division of the Order of Australia (AM) in 1995, and subsequently served for a period as the Chairman of the WA Branch of the Order of Australia Association.  He was awarded a Fellowship of the Agricultural Institute of Australia and the Australian Rangeland Society.  Despite, his at times robust relationship with elements of the Western Australian pastoral industry, the Pastoralists and Graziers Association awarded him the Order of The Quartpot, their most prestigious award in recognition of his work in the bush.

David’s adventures in the bush were those of a larger than life character and being in the bush with David was always eventful – such as the occasion when he and John Morrissey pushed a rake of goods wagons through the closed doors of the Meekatharra Goods shed, or resorting to a whisky flask when lost in the dark in the middle of the Hamersley Ranges (it made everything much clearer), having a noisy and vulgar fight with ants who had invaded his swag in the middle of the night, and driving off the now defunct railway platform at Meekatharra – he then drove the government vehicle back to Perth where he complained bitterly about the state of the front suspension.

David was a wonderful friend to many, an enthusiastic traveller, a consummate gentleman to all and a delightful companion whether around a huge campfire in the bush or at a smart restaurant.  He was so full of enthusiasms and good humour, and so stimulating with his passions on many subjects.  He had an endless stream of anecdotes, always interesting and well-told, and usually amusing.  He was widely read in history, geography, travellers’ and explorers’ tales, politics, theology, and whatever caught the eye of this incurably intellectually curious man.  He was a fine pianist and singer, performing for periods in the University of WA Choral Society and as cantor at St Patrick’s Basilica in Fremantle.

Finally, on a more personal note, there are many of us – including current members of ARS – who benefited enormously from the mentoring, friendship and support provided by this remarkable man.  He will be missed, but his legacy will be his outstanding contribution to ‘the science and art of rangeland management’.

David passed away after a short and unexpected illness.  He is survived by his wife Barbara, son Edward, daughter Helen and six grandchildren.