(From the Range Management Newsletter 16/2) 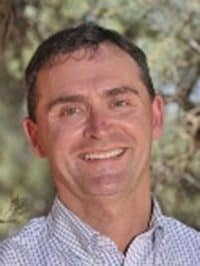 The Australian Rangeland Society and the rangeland community have been diminished by the passing of Dr Steve Blake on 3 August, of brain cancer. Steve was appointed to the Publications Committee in 2012 and had recently accepted an extension of his appointment. As a member of the committee his prompt and considered advice on many issues affecting the day to day operations of the ARS was much valued. As General Manager (Research, Quality & Innovation) of the Cooperative Research Centre for Remote Economic Participation he played a particularly important role in the production of the recent Special Issue of The Rangeland Journal summarising the results of the Australian Feral Camel Management Project. Ninti One Limited, the managing agency of the CRC, funded the production of the Special Issue and Steve provided great support to the Editor-in-Chief and the Guest Editors in bringing it to fruition.

Steve was appointed to his role with the CRC in October 2012. Prior to this he was the CEO of the Western Australian Marine Science Institution since its inception in 2006 and worked extensively in remote areas along the north-west coast to establish a major research program in partnership with aboriginal groups. This followed a period as Executive Director of ANZLIC – the Spatial Information Council for Australia and New Zealand, and various roles with the Commonwealth government.

He thus brought to his work in the rangelands, and demonstrated in his contribution to the ARS, a diverse skill set and broad and relevant experience. We have lost a valued and esteemed colleague.